Ascents® Nausea Relief No. 44 was formulated based on scientific evidence to address nausea and queasiness as a result of pregnancy, as well as general stomach upset, post-operative nausea and vomiting (PONV), and chemotherapy-induced nausea (CINV).

Nausea Relief contains only the following pure essential oils, with no additives or adulterants:

What Our Customers Say About Ascents Nausea Relief Aromatherapy 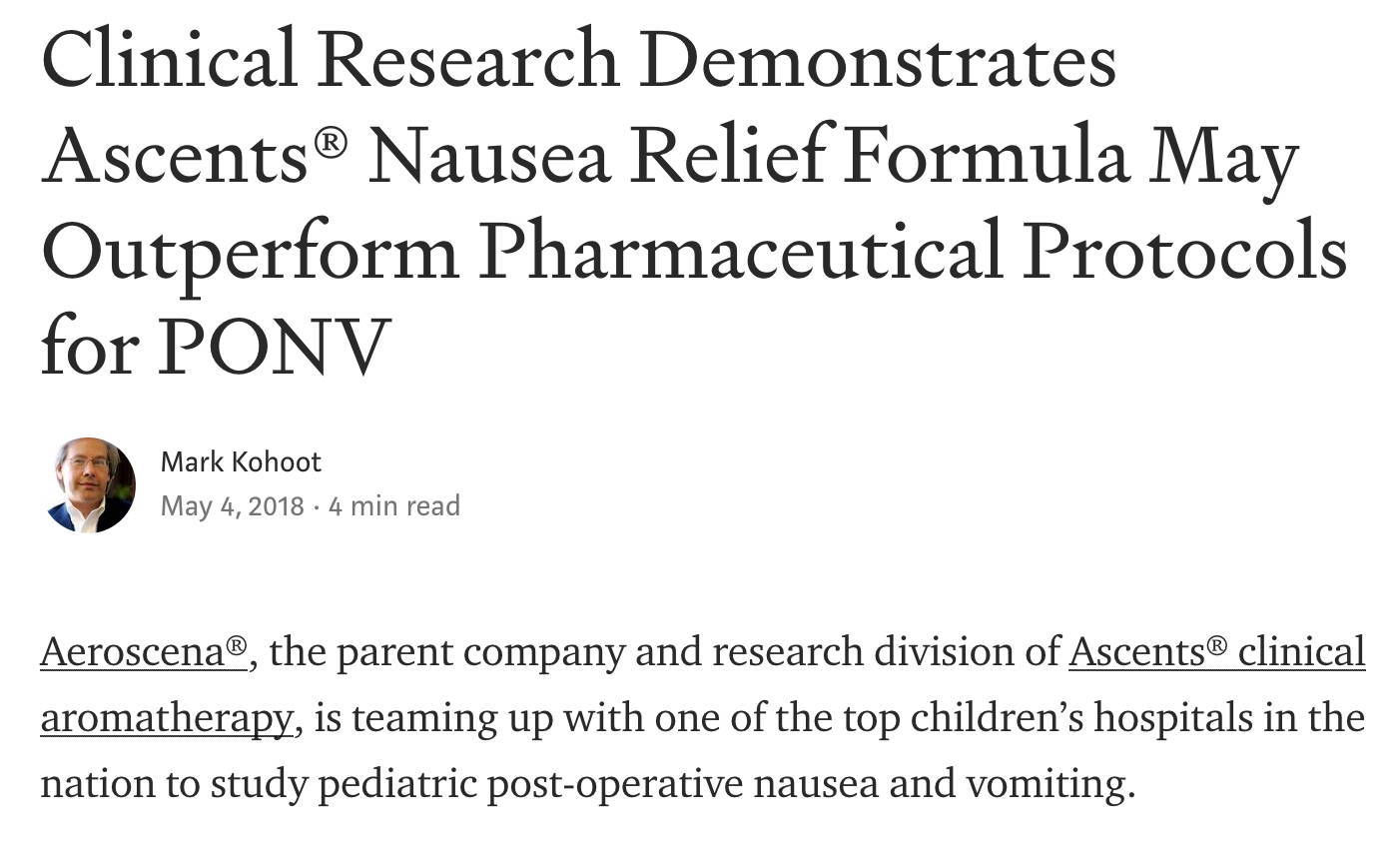 Click the images above and below to learn more about how Ascents aromatherapy relieves nausea in clinical settings. 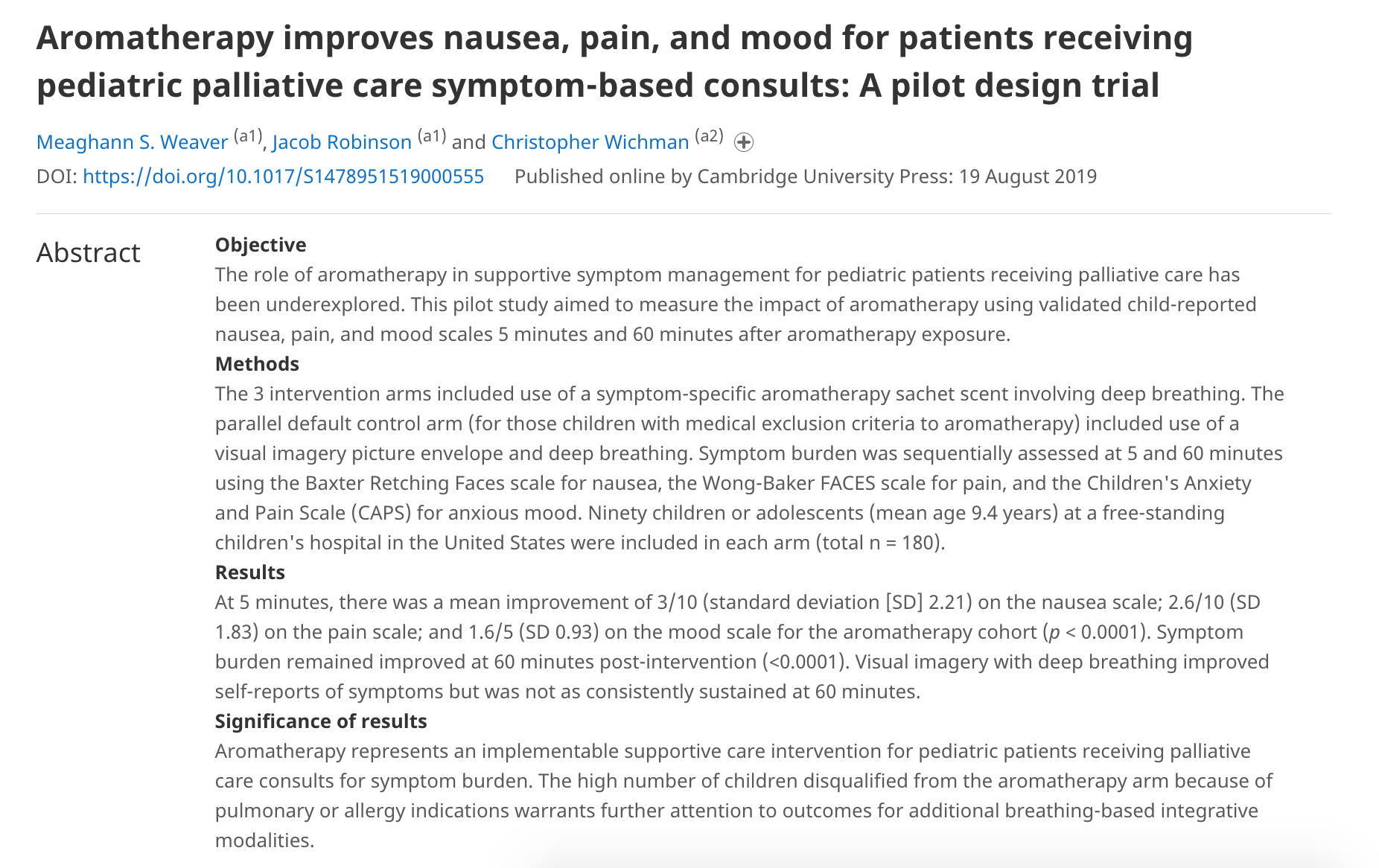